Is The Supreme Court More Likely To Review Plaintiffs’ Or Defendants’ Wins From The Appellate Court In Tort Cases (1990-1999)?

For the next few weeks, we’ll be taking a deep dive on the Supreme Court’s tort cases. To begin, we’ll consider whether there is any relationship between the party which won at the Appellate Court and the result at the Supreme Court for the years 1990 through 1999. 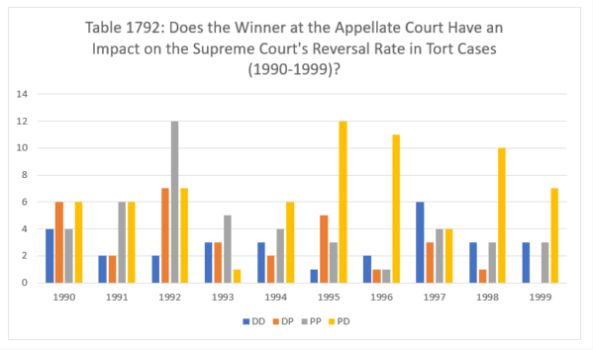 Join us back here next time as we continue to review the data for the years 1990 through 1999.